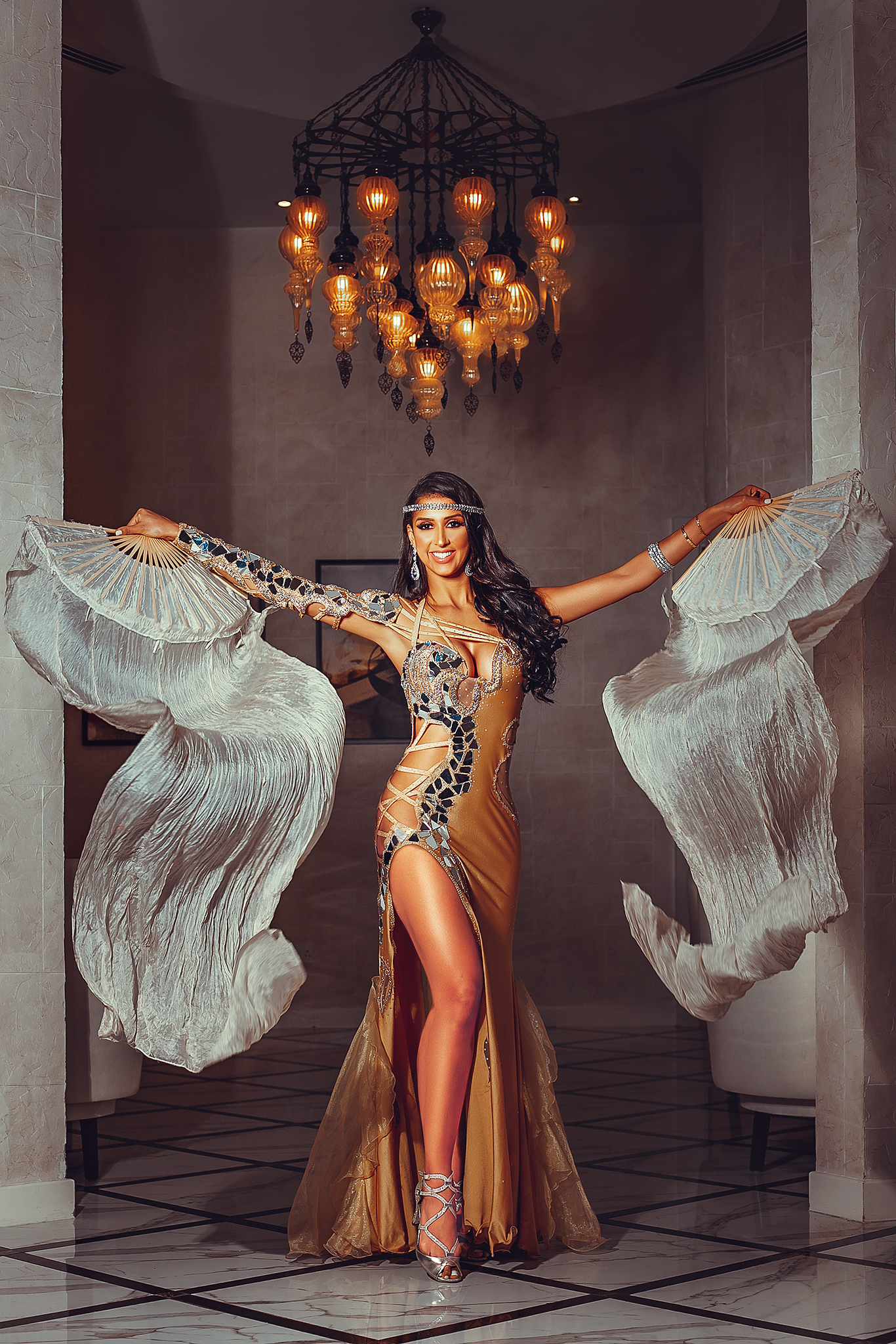 Juliana has been showing her talent in bellydance and Brazilian dance since 2008 in the middle east. Mesmerizing everyone with her professionalism, determination, passion and charisma. She has expanded her presence internationally from Syria, Tunisia, Lebanon, Oman, Italy, France, Russia, Germany to the Maldives. Juliana resides in Dubai where she performs in the most luxurious hotels of the world. These include the magnificent seven star hotel the Burj al Arab as well as Burj Khalifa, Atlantis Hotel, Fairmont hotel and many more. Juliana has also performed at royal weddings as well as King’s and sheiks events! She is contacted frequently with requests from all over the U.A.E to perform at ladies only royal weddings and events. Juliana has had the honor to perform with Arabic superstar singers such as Mohamed Ramadan, Najwa Karam and Ahmed Sheba to name a few. She’s constantly updating her dancing skills with masters such as Raqia Hassan, Dina, Soraia Zayed to make a few. Always staying a step ahead with the most amazing and dazzling shows that she brings to every event! Let Juliana add that memorable touch to your event making it unforgettable and the memories last a lifetime.

Tim was born and raised in the southern part of Germany, where he first began to explore the world of acrobatics. With the young age of 14 he moved to Berlin, to attend a professional full time program for aspiring acrobats at Germanys state acrobatic school..

Ruby is an international multiskilled performer who has performed as a dancer, aerialist and fire performer in top spots all over the world, including Ibiza, Dubai and London. Ruby has been dancing since she was 3 years old...